The comprehensive restoration of the 600-year-old Mamluk and Ottoman complex was undertaken in six phases beginning in 1999; it was completed in 2004. The $3.5 million project, financed by private donations raised during the Sharja festival in 1998, and by grants from the Islamic Development Bank and from Welfare’s own resources. Project implementation was based on the results of extensive technical surveys, a historic analysis study and needs assessment study.

The complex occupies an area of 4500 and its built-up area is almost 10.000m². Its architecture shows the transition in architectural styles from the 14th century Mamluk era to the early Ottoman period. Today it houses a boy’s academic school, an industrial vocational school with print shop, bookbinding and carpentry workshops, a boarding dormitory, an Islamic traditional soup kitchen and a small mosque.

The comprehensive restoration and rehabilitation project included infrastructure upgrading of all interior and exterior services, as well as stone restoration of the monumental carved and mosaic facades, and introduction of modern facilities, machinery, furniture and equipment for both the academic and vocational schools, including a computer laboratory.

This regeneration project also included the administrative and technical facilities upgrading for both schools.

Phase 2: Restoration of Industrial School
The industrial school restoration required timber window and door treatments, re-pointing and plastering, and re-flooring of the administration offices and workshops (printing press, book binding, paint and upholstery and carpentry shop). The kitchen and cafeteria as well as all open spaces and courtyards were also restored using traditional materials and methods.

Phase 3: Restoration of Academic School
Restoration of the academic school involved complete rehabilitation of the classrooms, courtyards, roofs and passageways. Stairs, walls and niches were cleaned, re-pointed and plastered. Roofs were treated to prevent water damage, domes were retiled and stone drinking-water fountains were remoulded and repaired. Timber doors and windows were installed and courtyard areas and stairs were landscaped and finished, with some iron and stone detailing added. The takiyya, a traditional Islamic soup kitchen located in the Academic School, was also rehabilitated with re-pointing of its vaulted roof and new tiled flooring and stainless steel facilities were installed.

The three decorative Mamluk portals and facades of Dar al-Aytam, renowned for their stalactite sculpturing and pink-striped stonework, had been affected by severe deterioration and pollution. The portals were restored with the technical assistance of stone restoration specialists from the institute of Venice. The Venice team completed the materials analysis at an on-site laboratory and trained 20 local engineers and contractors in stone restoration principles and practical methods using Dar al-Aytam as the training site.

The Industrial School is located in buildings that had been the original Mamluk Palace and dormitory dating from 1390 and had occupied a spacious vaulted dome room. The domed ceiling was repaired and restored; while removing old plaster from the walls, a Mamluk prayer niche was uncovered. The large room was re-pointed, retiled, and windows, doors and services rehabilitated. The main hall was adapted for use as a multi-purpose room for cultural and educational activities for the school and community.

Phase 6: Restoration of Kitchen and Cafeteria

The school kitchen and cafeteria as well as all open spaces and courtyards in the environs were restored using traditional materials and methods. 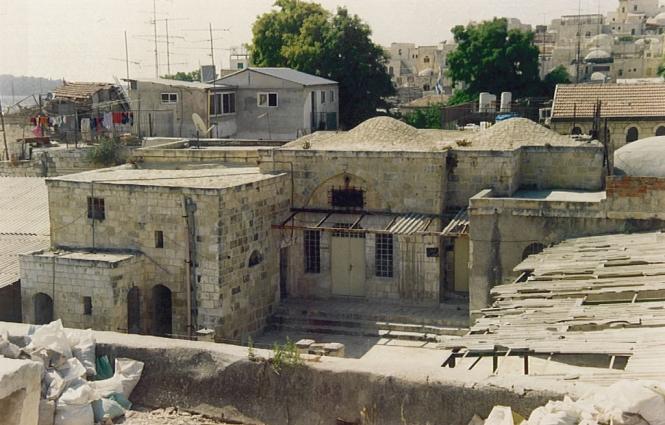 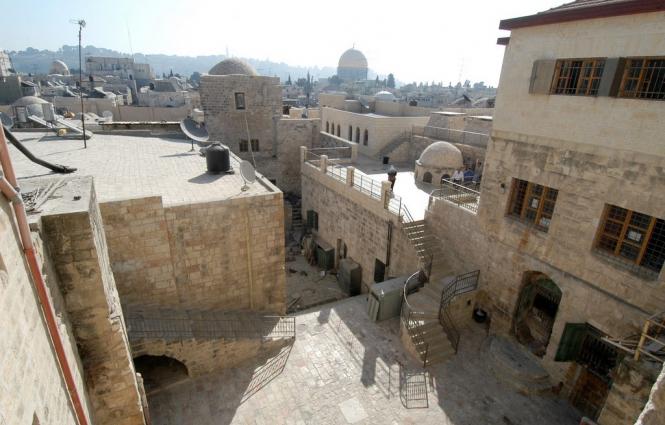 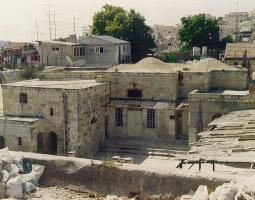 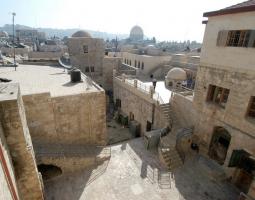 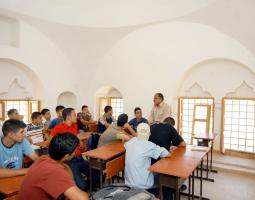 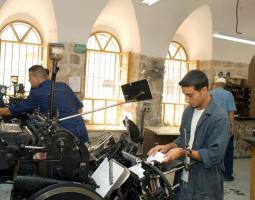 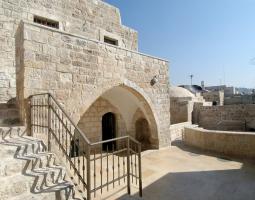 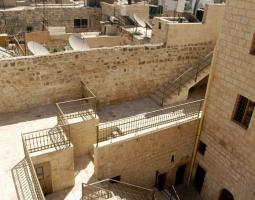